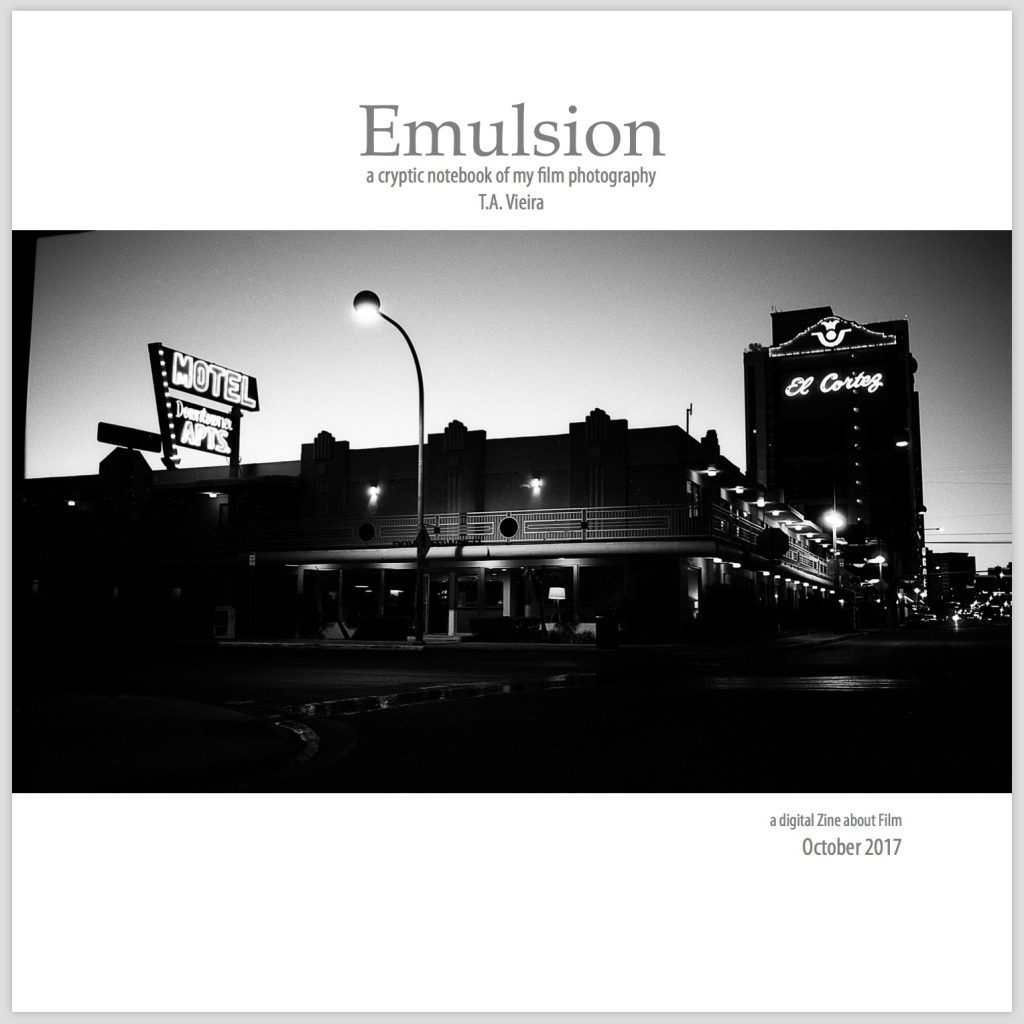 Just as I mentioned in September’s issue, I love this time of year in Vegas. The weather couldn’t be better. Nice and cool, but not cold. Perfect for going out on photo walks.

All of the photos in this issue were shot on Fujifilm Neopan Acros 100 (and yes, all rolls were pushed to 400). Acros still just makes me stop, and really look at the quality of the film each time I scan the negatives. There is such uniquely beautiful look to this film. I’m enjoying shooting Acros as long as it lasts. Fujifilm did announce in October that they will be discontinuing the large format (4×5 and 8×10) versions of this film. They haven’t mentioned 120 and 35mm Acros being discontinued… yet. Until they do, I’ll love shooting each and every roll I can put through my cameras.

I did go out a couple of times during the day last month to shoot (you know, when there is actually light available!), but for the most part I really enjoyed my usual habits of going out at twilight, and would keep shooting after the sun was completely gone. I love what a city looks like during those hours. So much shadow and darkness, and beautiful contrast with the lights. Also, the areas I like to shoot are often a little quieter then, less motion, more of a sense of stillness that I love.

I hope you enjoy the photos, 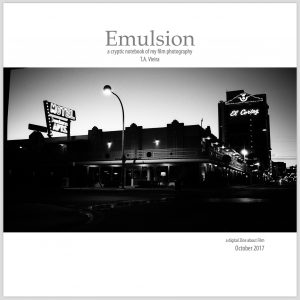