Anyone who knows my photography knows how much I can go on and on and on… about how much I love the look and feel of the photos I take using Fujifilm Neopan Acros 100 speed black and white film, usually pushed to 400. When I started shooting film a couple years ago I started with Tri-X as my main film, then after a while HP5+ became my favorite. I’d try other Kodak and Ilford films from time to time but had settled on HP5+. It had a nice look and was flexible, being able to easily push the film with good results. 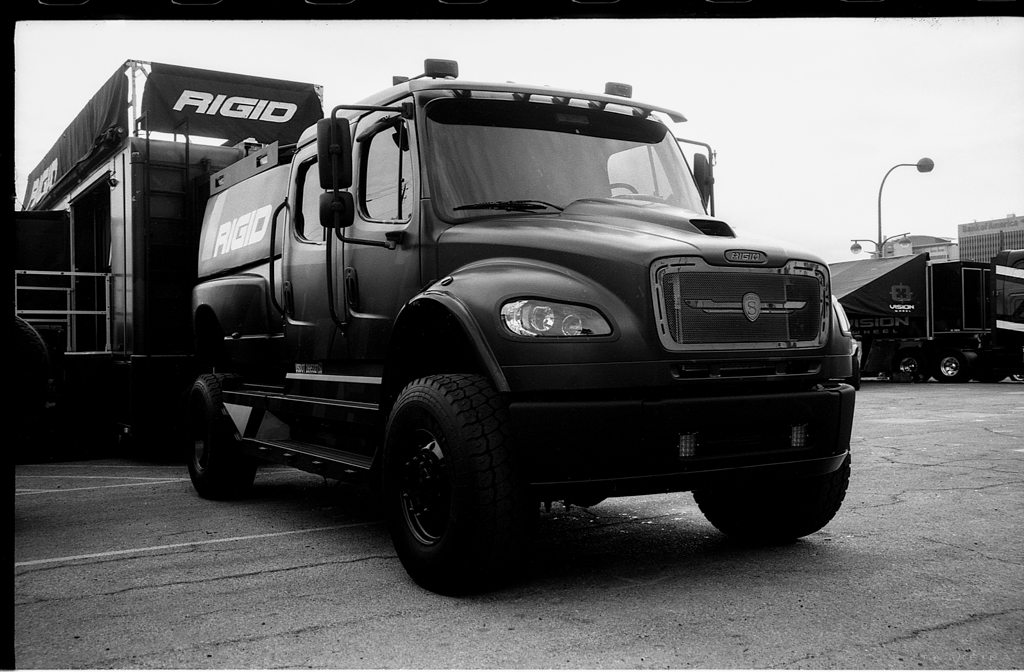 Then one beautiful day…

I had a roll of Fujifilm Acros in my possession for a couple months before I actually shot it. I’d held off because it’s a 100 speed film and I had been used to pushing HP5+ to 1600 to give me a little more flexibility when shooting at night. But one afternoon I decided to give Acros a try. I had really fallen in love with the Acros film simulation in the Fuji X series cameras so I wanted to see what the film looked like. I still pushed the film to 400, just to have a little more flexibility to still shoot as the sun went down. 400 is not ideal for shooting at night, but it’s a couple stops better than 100 ISO. 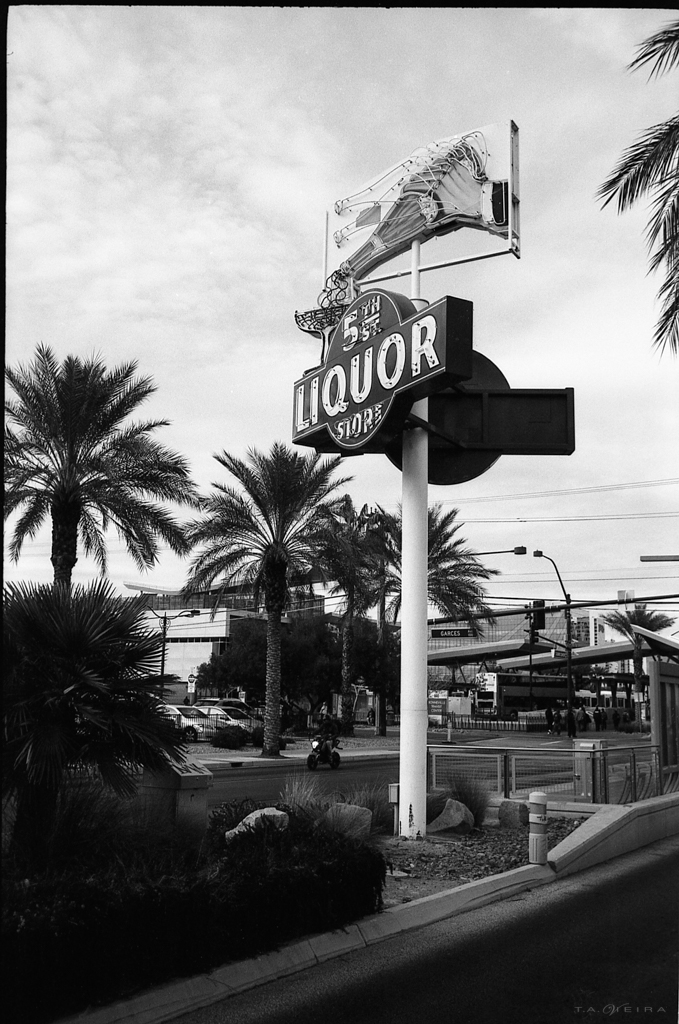 I shot the roll, came home and developed the film. The magic happened the next morning when I began to scan the negatives. Wow, I couldn’t believe how beautiful this film was. The rich range of tones, smooth highlights and silky, beautiful blacks. Wow. We’ve been together ever since.

Other film stocks are cool too 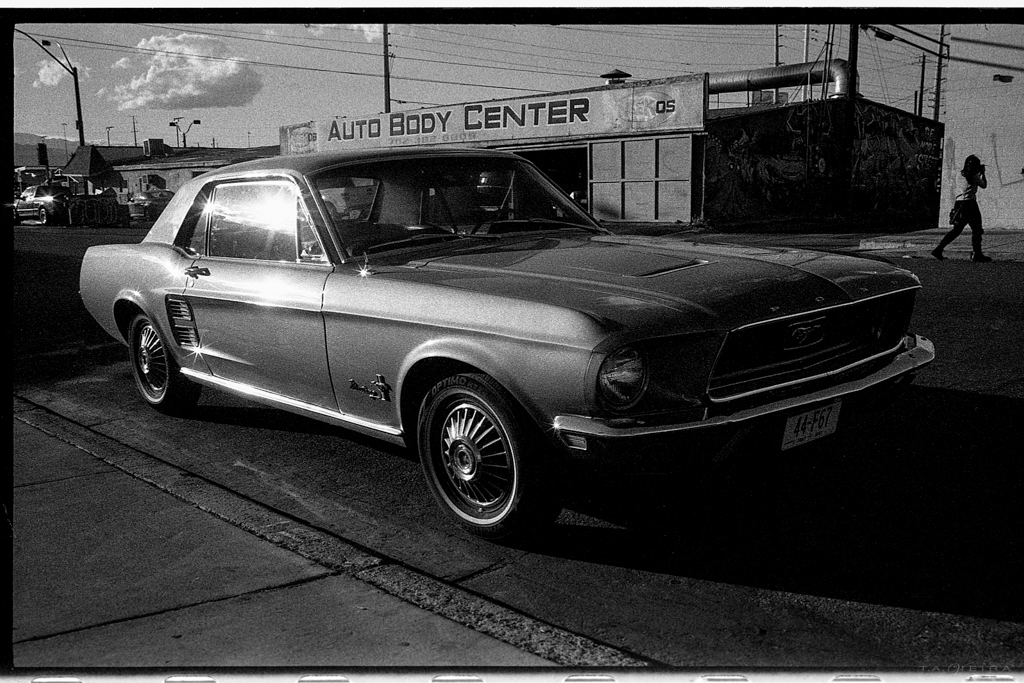 Bergger Pancro 400 – you can really see the difference in the grain.

From time to time I do shoot with other film, and it’s fun, I do enjoy that. Something different now and then. Stronger grain, different tones, etc… In fact I just shot a couple rolls of Bergger Pancro 400 and that was fun (the photo of the Mustang is on Pancro 400. It’s a cool film with a very interesting grain structure that can be beautiful. Definitely a much heavier look of grain that you’ll see with Acros, or even other 400 speed films. Anyway, it was cool. But whenever I have fun shooting other types of films, and then I shoot another roll of Acros and I see the scans, it’s always so obvious that Acros is the film for me. My only hope is that Fujifilm loves it as much as I do and they continue to manufacture this magical film for a long, long time. (fingers crossed)

Other than the shot of the Mustang, the rest of the photos in this post are just photos I took during a walk yesterday with Acros pushed to 400. The festivities for the Mint 400 race started yesterday and there were some pretty interesting vehicles downtown. Not particularly amazing shots, but because of the look of the film, I do love looking at them. Hope you enjoy. 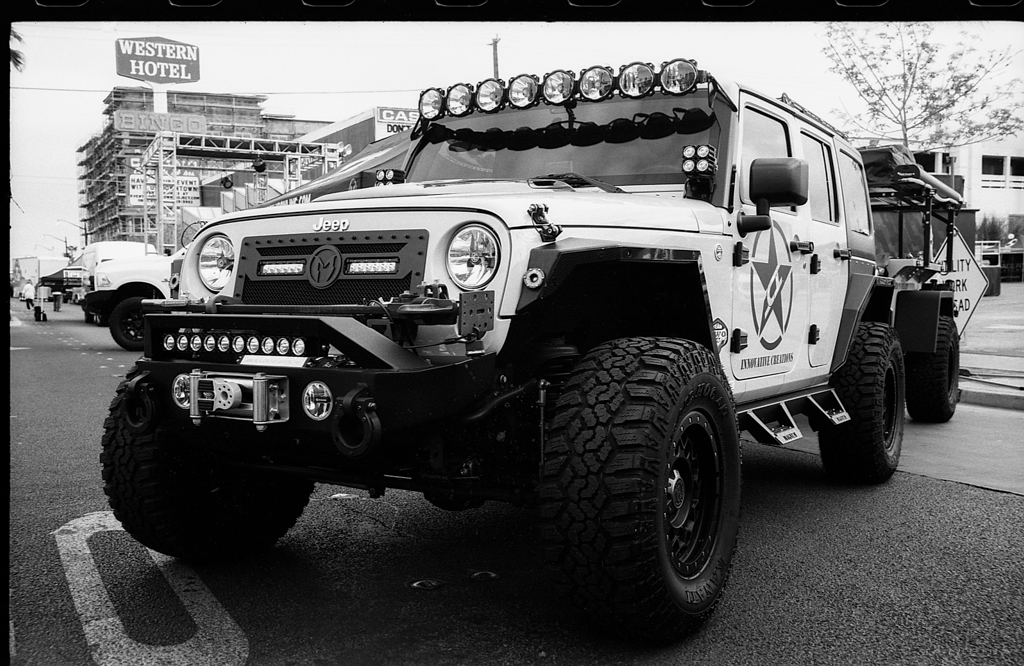 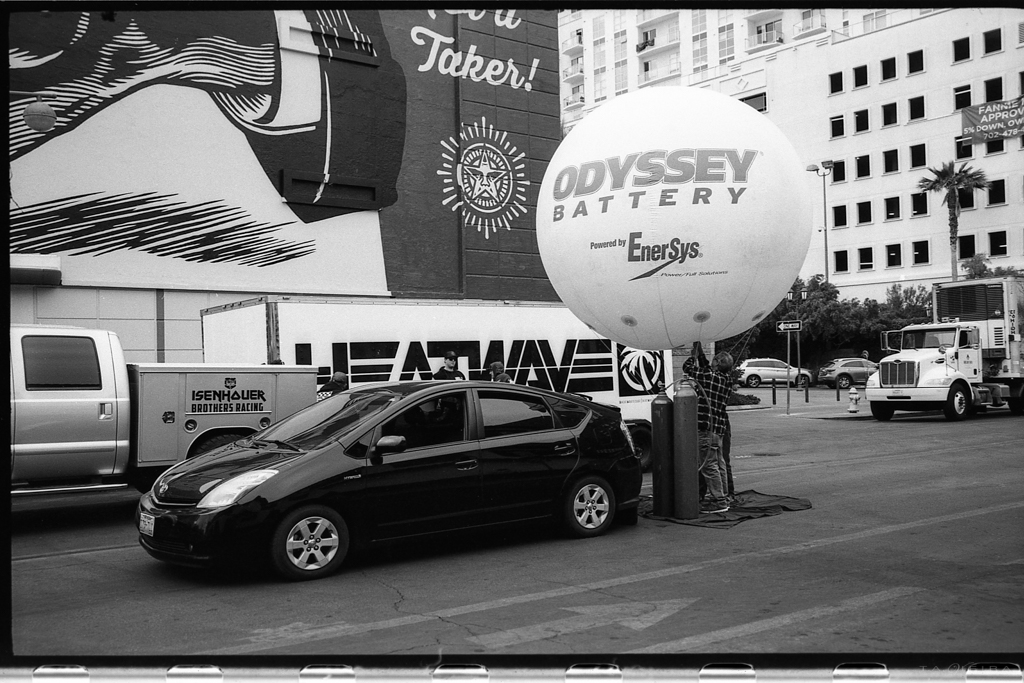 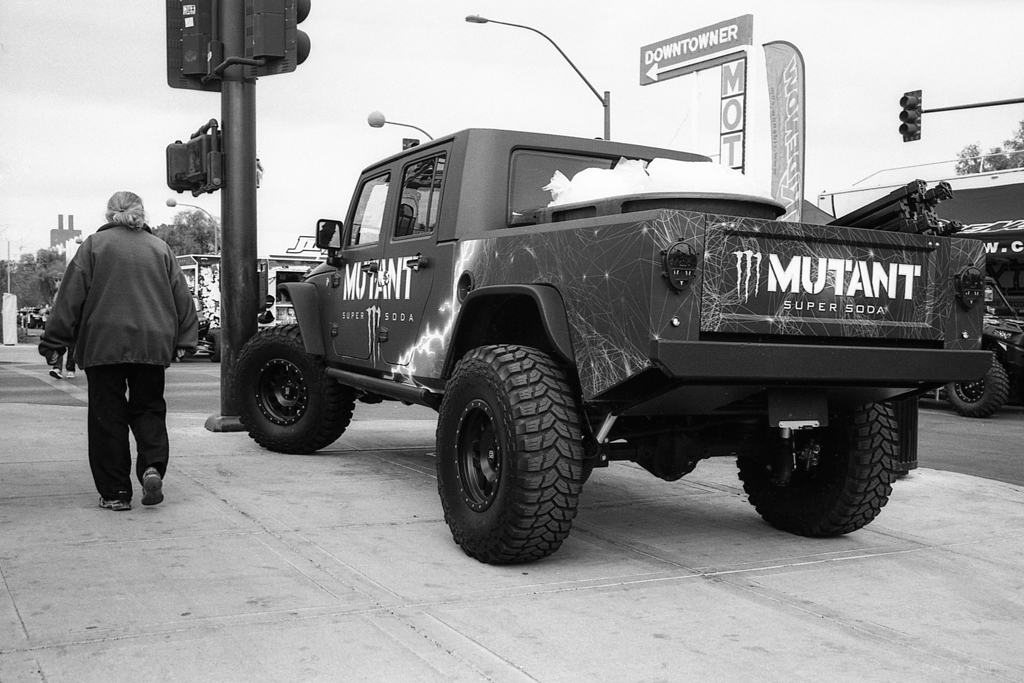 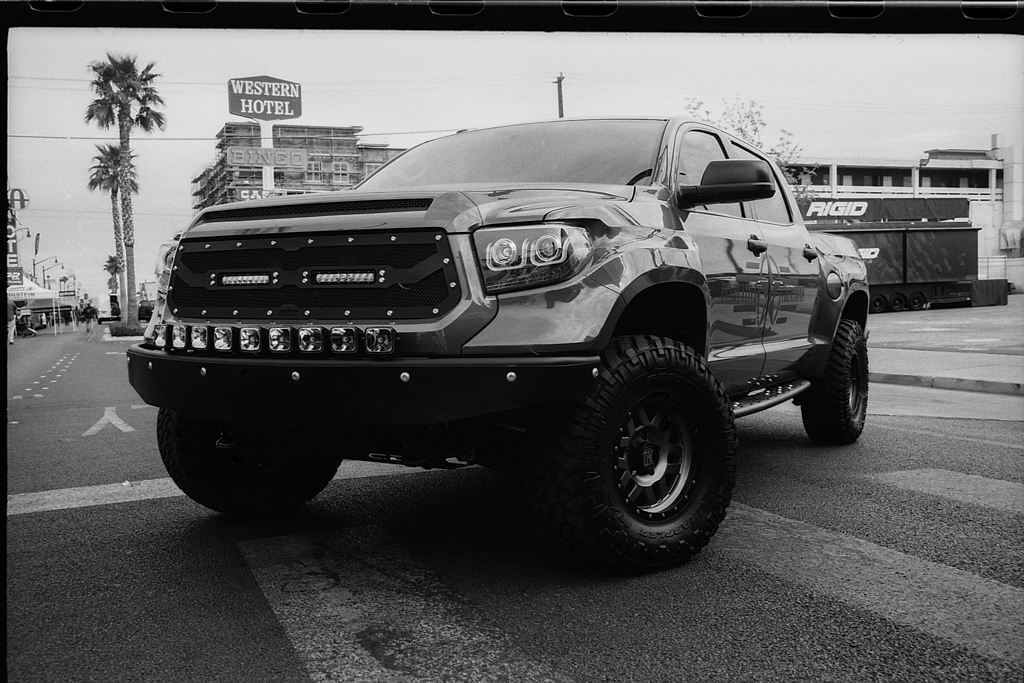 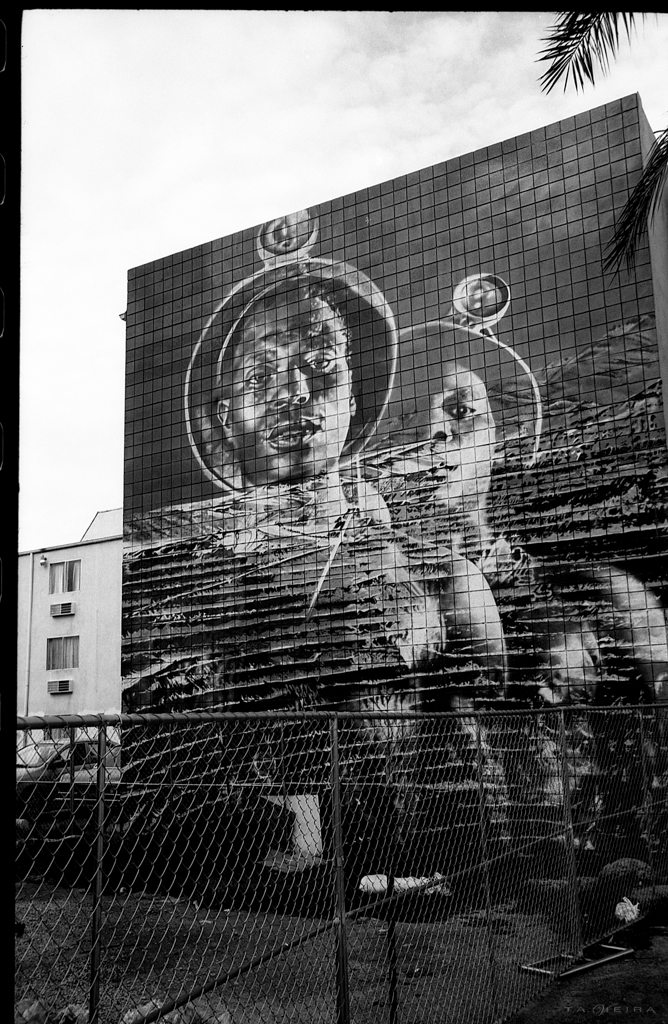 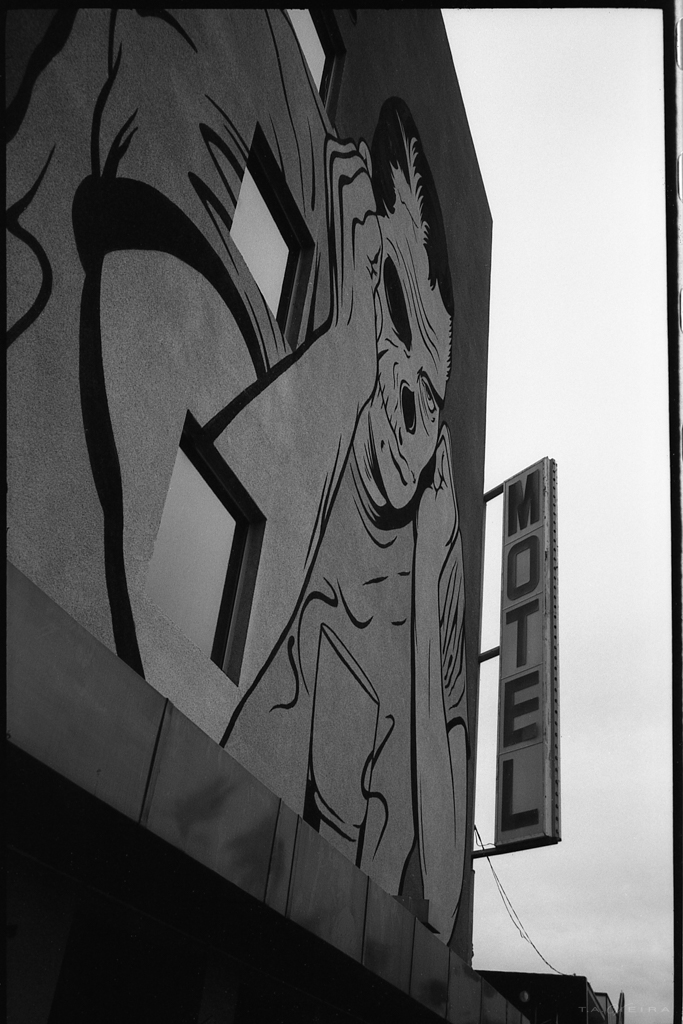 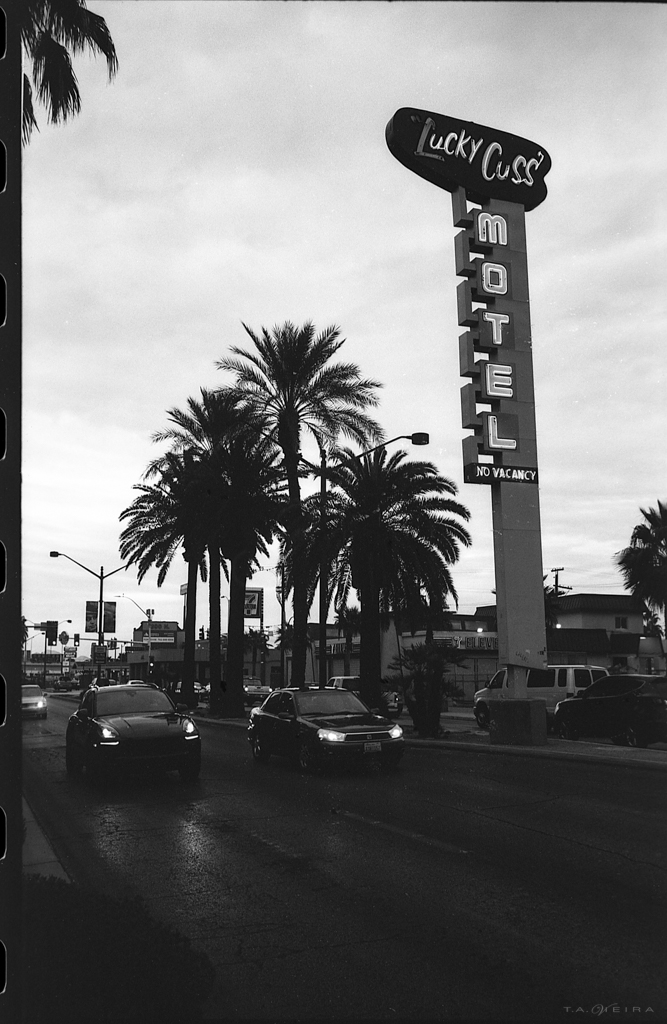 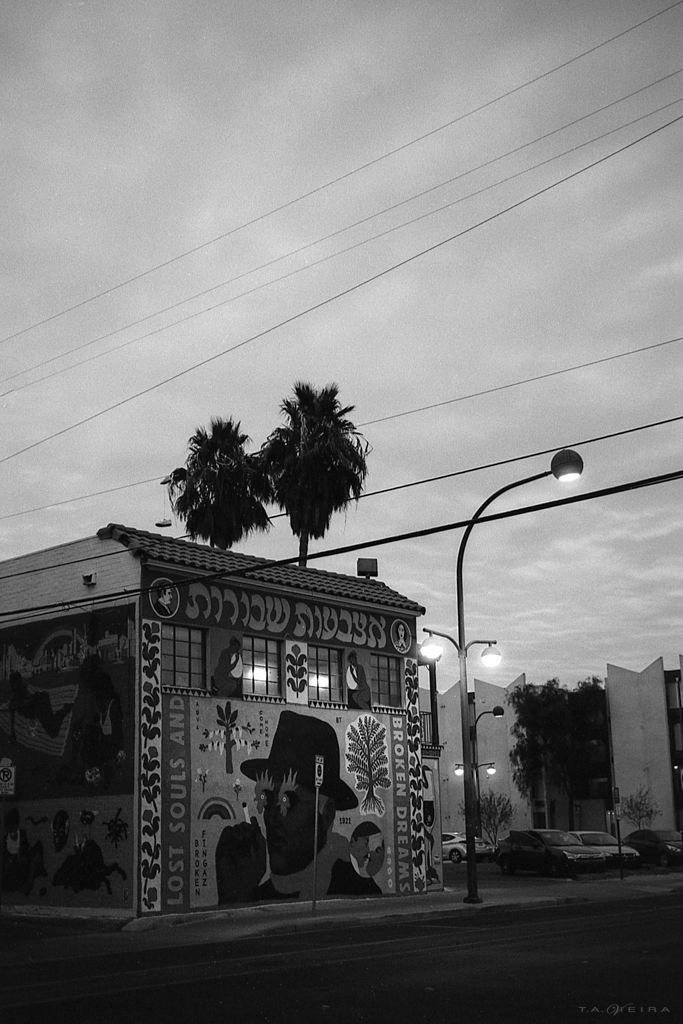 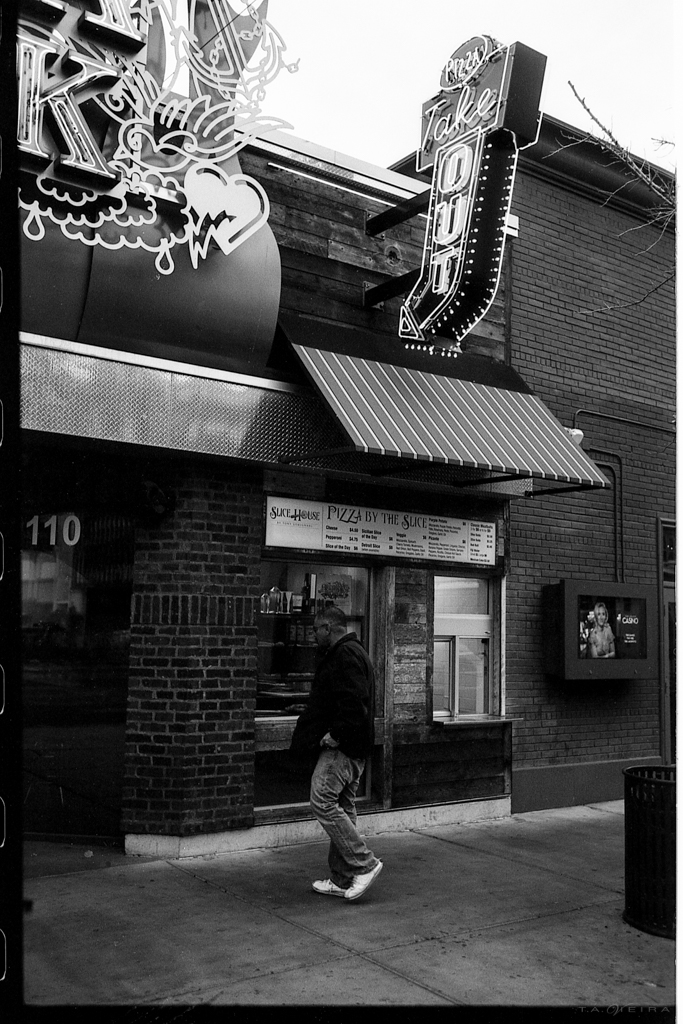 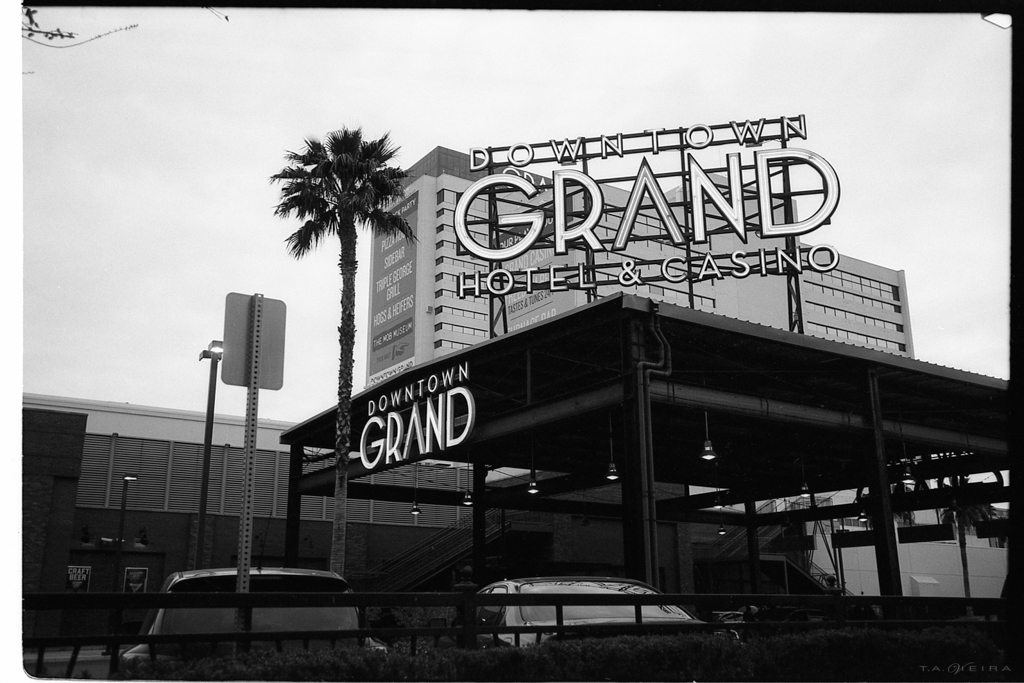